Neurala’s Brain: Why Onboard AI is a Game Changer for Commercial Drones

There’s a lot of hype about AI in the drone industry.  Applications labeled “AI” offer a wide variety of analysis and sense-and-avoid capabilities.  But Boston-based Neurala provides drones (or cars, cameras, and toys) with something more critical than those applications: a brain. 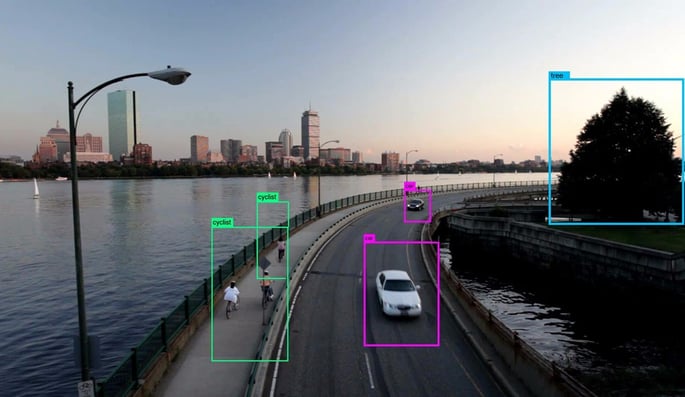 Artificial Intelligence (AI) and machine learning are complex topics.  Machines must process huge quantities of data in order to “learn,” and that processing has typically required supercomputers and expensive, sophisticated sensors.  Neurala’s deep learning software, however, was originally designed for NASA.  Built for planetary exploration, it had to be developed to function without supercomputers, GPS, active sensors or Cloud.  That project resulted in the Neurala Brain: a highly efficient software product “based on the way brains work in nature,” says the company.

Now, Neurala’s products can be brought down closer to earth to function on smaller machines like drones.  They are what is referred to as “onboard” or “on the edge” AI – machine learning that can take place in real time, on a device, even without Internet access.

The software has a wide range of potential applications for commercial drones.  Imagine an inspection drone that can not only recognize wind turbines in general but can learn what early stage corrosion in a particular climate on a particular installation looks like.  Think of wildlife surveillance drones that could recognize the difference between an elephant and a poacher.   Law enforcement drones that recognize police personnel.  Drones that can navigate through trees and buildings in crowded environments.

While the buzz in the drone industry is new, AI isn’t, says Max Versace, Neurala’s founder and CEO.  “Fundamentally, the technology is a 30-year-old overnight sensation,” says Versace.  “The technology, the math, the power hasn’t changed much.  But the awareness – and the compute power- is different.”

Versace says that awareness and the changes in compute power have made AI viable for mass consumption. Mass produced drones, he points out, are rapidly catching up with NASA’s early technology. The brain that drove NASA’s aircraft 10 years ago can be available to anyone now.  “We’re bringing this component to the masses,” says Versace.

As drones introduce more practical uses for the technology, more and more scientists have entered the field.  That’s good news for consumers, Versace points out:“The technology has gotten better and its poised to get much better, because now there are 10,000 more people working on it.”

When asked about public perception of AI – the idea that robots may prove more problematic than beneficial, or cost some industries jobs – Versace points out that the benefits far outweigh any potential risks.

“These jobs that we are really afraid AI is going to take over didn’t exist 20 years ago – and a lot of time they are very poor jobs,” says Versace.  “Who wants to view a video stream for 8 hours?  At a certain point that will be accepted – it’s a job that nobody wants to do.”

The Neurala brain, says Versace, may in some cases be better at translating thought to action than a human.  Unlike an unpredictable person, he points out, “I can have some control over the upbringing of my AI – it’s dependent upon the data.”

“AI can make decisions faster than a human in situations like collision avoidance.  If a human takes a few seconds to react, at 70 mph it is already too late,” says Versace. ” That’s why the human body is designed to have reflexes. Those milliseconds of difference in reaction can be lifesaving.”

It’s an idea that anyone driving behind a person distracted by a phone conversation can relate to.  And that says Versace is why acceptance of AI technology will grow: “The benefits create trust,” he says.  “Give us time to show the benefits and people will accept it as a tool.”

Miriam McNabb, the CEO of Jobfordrones and a contributing editor to DRONELIFE will be speaking next week at the Drones Africa Summit.  The conference takes place on September 20-22nd at the Birchwood Hotel conference center in Johannesburg, South Africa.

Miriam joins a group of international speakers and panelists discussing the commercial drone industry.  Her session will address the realities of drone delivery, a particularly appropriate topic for the continent that has been first to implement large-scale delivery programs in Rwanda and now Tanzania.

Miriam is a frequent guest speaker in the US and internationally including AUVSI, one of the largest drone shows in the world.  Miriam is an industry insider who will speak to the plans of companies such as Intel, Amazon, Google, and others as they race to incorporate drone technologies in the delivery of goods worldwide.