BOSTON, MA – November 17, 2015 – Creating video selfies and dronies became significantly easier with Neurala Selfie Dronie, new software announced today by Neurala, a Boston-based robotics company known for its high-end robotic intelligence software designed for use by NASA and the US Air Force. There is no need to buy a specialized selfie drone to get stunning videos with hands-free operation.

Neurala Selfie Dronie uses advanced artificial intelligence, deep learning and vision to create a self-flying, autonomous drone. The Neurala software analyzes what the camera sees and automatically sends commands to keep the video on the subject as it flies. It is not necessary to wear a special device or to carry a cell phone, as other solutions require.

Even though it uses state-of-the-art technology, Neurala Selfie Dronie is extremely easy to use. Just select a person or object on the screen and press a button to start the selfie or dronie. Users can participate in their activities instead of operating the controls.

“We are disrupting the market. You don’t need $1000 specialized self-flying camera drones plus a different drone for your flying hobby. You can buy a drone like the $500 Parrot Bebop, add our software, and use one drone for everything,” said Massimiliano Versace, Neurala CEO.

“Neurala software ‘sees’ the subject. He or she doesn’t need to do anything special, carry anything special or act in an unusual way,” Versace said. “Typically, Neurala produces hard core software brains for robots which use vision. That work is really complicated. We are now making it available for consumers.”

Neurala Selfie Dronie will be available this month from the Apple AppStore and will soon be available from Google Play. An iPad Air, iPad Air 2, iPad Mini 3, iPhone 5s or iPhone 6 is required as is a Parrot Bebop or Bebop 2. Retail price is $4.99, but the software will be on sale until January 10, 2016 for 99cents. Versions of Neurala Selfie Dronie for other popular drones will be released in early 2016.

Neurala, Inc. (https://www.neurala.com) creates software that makes robots, drones, toys, consumer electonics, self-driving cars and smart devices (ioT) more autonomous, engaging and useful. The patent-pending Neurala Intelligence Engine (NIE) is based on the way the human brain works using passive sensors (e.g., cameras like eyes and microphones like ears), make intelligent decisions and act. NIE is based on technology that Neurala developed for NASA for planetary exploration and for the U.S. Air Force Research Labs. The company offers a Software Developers Kit (SDK) for companies wishing to integrate intelligence into their products. Neurala also offers two consumer apps: Neurala Selfie Dronie powers autonomous flight in drones to take stunning videos without human operation or specialized hardware. Neurala Roboscope turns a Parrot Jumping MiniDrone into a self-driving robot that can autonomously and playfully "attack" objects in the real world. The company was founded in 2006 and is a graduate of TechStars Boston 2013. It received a seed round of investment of nearly $1-million, led by Tim Draper and Robolution Capital. Follow Neurala on Twitter at @Neurala, on Facebook at www.facebook.com/neurala, or on YouTube at www.youtube.com/c/NeuralaTV. 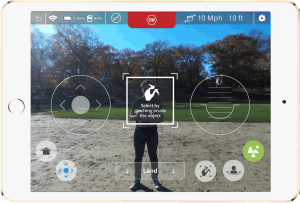